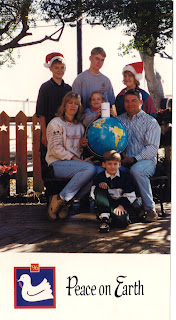 Bo is holding a can of peas sitting on top of a globe. Clever?!

At the time all of my kids lived at home, none of them worked, no one drove or at  least legally they didn’t.
14 years later and some things have changed. They all live here in Dallas so I see them alot. That is nice except for the fact they all have a life and I have to work around “THEIR” schedule. Some of them work, and some are always looking for a job. They all drive which makes them all quite mobile.

The plan was easy. Cook, then spread the word and they would all magically appear for some grub and a photo op. My daughter had other plans- a Dallas Cowboy game watching party- so we had to quickly call the troops and rearrange the plans. 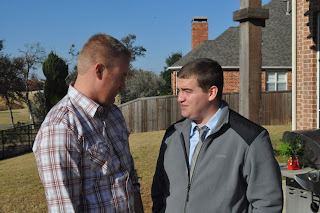 Grant and Bo
It was sunny, cold and windy so we had to work fast.  The oldest and the youngest have to
quote lines from every movie ever seen before getting in their position. 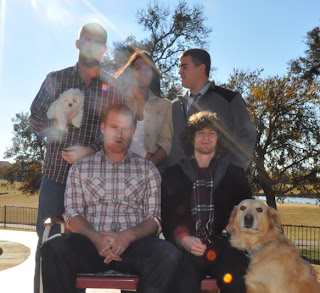 Oops, everyone in the shot but too much sun! Re-group … 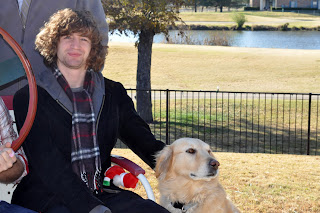 Travis– musician and the family dog whisperer.
(Kobie will not be in any other pictures- he had enough) 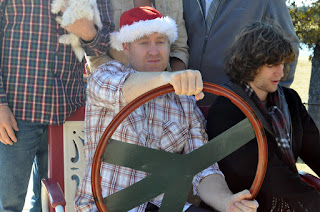 Grant
Remember we were going to re enact the “Peas on Earth” card but Grant thought the peace logo made a better steering wheel for his big Texas truck. Grant brought along his girl friend, Misty to be the official photographer. 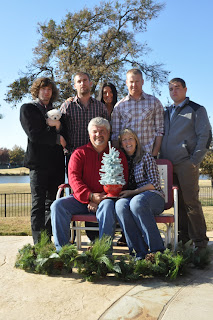 Misty decided to add some other props to our picture to make everyone “Behave.” 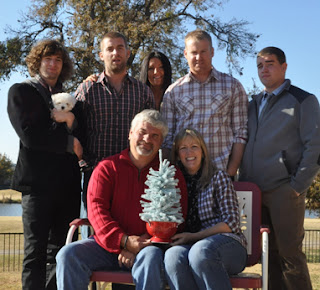 R to L: Travis, Jarrod, Jillian, Grant, Bo.
Quick funny story. I call the boys my set of bookends. Grant and Jarrod are 21 months apart. Travis and Bo and 21 months apart. And their sister Jillian is right in the middle of the bookends. I went into labor on my husband’s 30th birthday with her. She was born the next day.

The older kid in each set (Grant and Travis) both have September birthdays, 10 days apart.
The younger kid in each set ( Jarrod and Bo) both have July birthdays, 10 days apart.
They are such a great study for birth order. The Birth Order book by Kevin Leman is a fantastic book. I highly recommend it. When I teach quilting classes I can guess what birth order the students are. 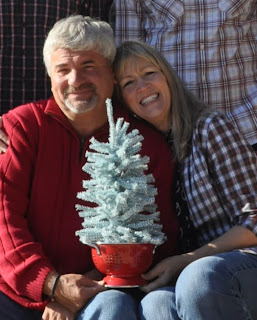 me and DB
(they call him dancing bear!) 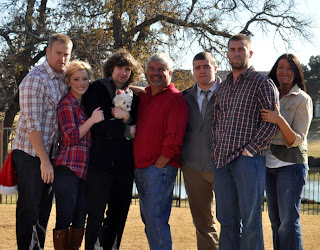 Travis is holding Jarrod’s puppy, Chunk. Jarrod is selling him so we won’t
name him. We have named him so he may have to stay. 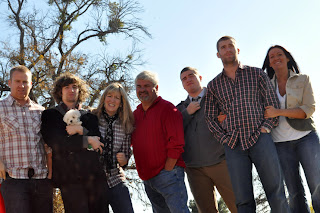 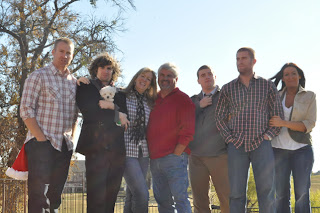 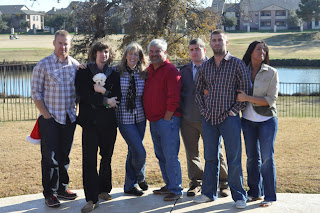 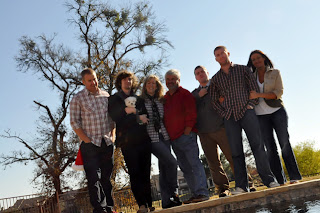 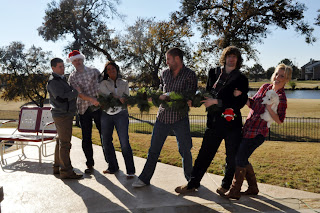 and then back to the props for a game of tug of war! 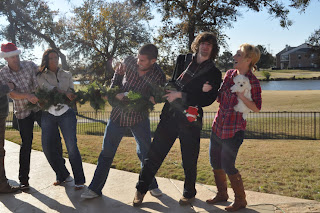 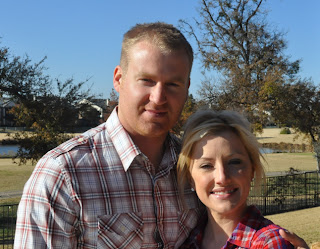 Pictures were taken last weekend, but  breaking news in our family is that Grant asked Misty to marry him this weekend.
She said YES!
What a wonderful Christmas gift for entire family.
I won’t be the only Kansas Girl anymore! I love it!