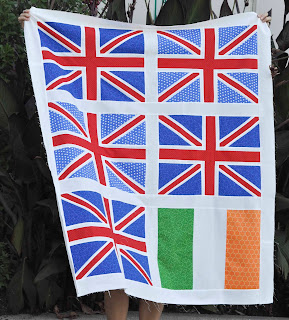 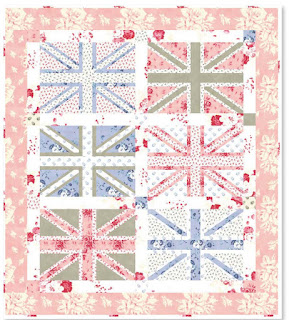 Maybe I could go to London to decorate their future nursery. I could probably work it into
the One Direction tour scheldule.
Okay, back to reality!
This has been one of my favorite quilts ever ever. The collection was chocolat by 3 sisters.
Yummy, rich fabrics that were good enough to eat. Get it the name of the group-Chocolat
The quilt pattern was named, Truffles.
Debbi Duckworth made the quilt and no picture can do it justice. 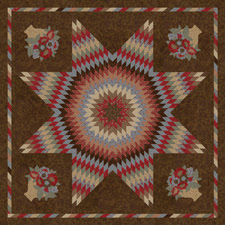 I got to thinking
about this quilt
and this fabric. 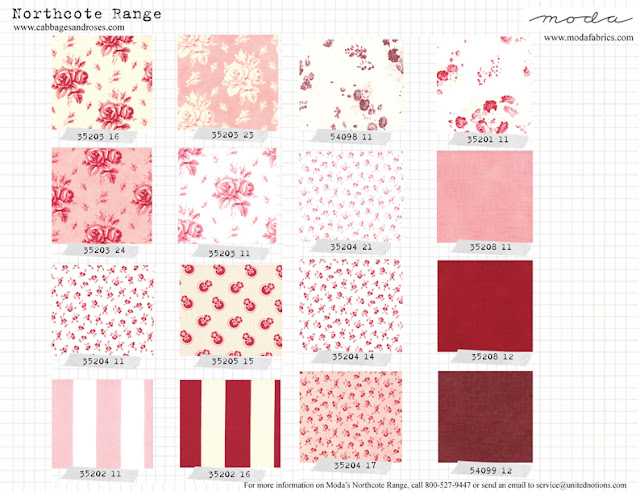 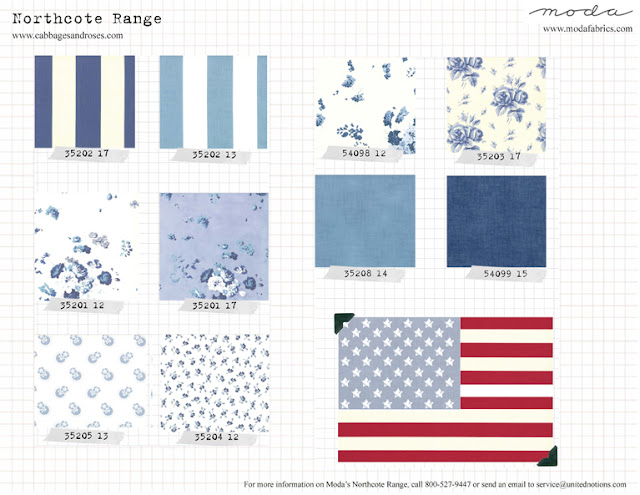 Cabbages and Rose- Northcote Range
This line has yummy linen/cotton solids in it. I wish blogs would let you touch the fabric but until then you will just have to believe me.So I set forth to use the denim linen as my background. I love how it turned out!
Did I tell you that I don’t do the “A” word? Applique.
So here is my version of the quilt above. 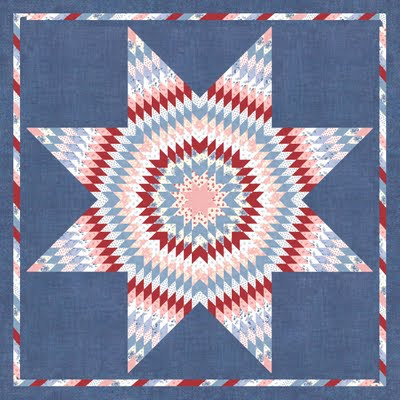 I have included a link to the chocolat pattern if you want to give this project a try.

Northcote Range by Cabbages and Roses will be in stores September.